It’s a new year and a new way of looking at a biomarker commonly referenced in older people. While you may have heard of uric acid before in relation to a condition called gout, a type of arthritis that most commonly occurs in the big toe joint, today I want to show you how uric acid is so much more interesting (and relevant to your life!). With gout, uric acid buildup known as hyperuricemia, causes uric acid crystals to form in the joints and tissues, leading to an incredibly painful condition. But what we are discovering is that uric acid is not just limited to gout but is also a marker of many other illnesses and diseases.

Before we jump in, let’s just take a second to talk about what uric acid is and why you should care about it. Basically, uric acid is a waste product that the body produces as it breaks down a compound called purines. Purines naturally occur in the body but are also found in certain foods and drinks. When purines are metabolized in the liver, uric acid gets released as a byproduct and then gets excreted by the kidneys. Hyperuricemia occurs when the kidneys do not function efficiently and can’t control these levels.

You might be asking yourself now…well, why are high uric acid levels problematic? As we discussed above, if uric acid levels become too high, crystals begin to form and settle into joints, fluids, and tissues. In addition to gout, this can also cause painful kidney stones. Untreated, elevated uric acid levels can also contribute to kidney disease, heart disease, bone and joint damage, diabetes, and fatty liver disease.

High uric acid has a negative impact on our heart health and can lead to things like atherosclerosis, heart failure, hypertension, and atrial fibrillation. Basically, uric acid promotes oxidative stress, or the increase in production of free radicals. This is problematic because these free radicals break down tissue and cause DNA damage. Which is why I am so proud to provide you such antioxidant rich foods in all our meal plans!

Elevated uric acid levels also increase systemic inflammation by promoting an inflammatory response. This can lead to cardiometabolic dysfunction such as atherosclerosis (aka heart disease). Atherosclerosis is the thickening of arteries which can cause blood flow restriction. When this happens, it narrows the arteries to your heart, making you more susceptible to heart disease or a heart attack.

Lastly, increased uric acid increases the renin-angiotensin system which is involved in maintaining healthy blood pressure levels, and as you guessed, if your uric acid is high then it’s likely you’re dealing with some high blood pressure (hypertension).

As if that wasn’t enough, we also know that uric acid is now found to be a driving factor in insulin resistance. Just to back things up for a second, insulin is created by your pancreas in response to elevated blood glucose levels. So, when we eat a meal that has carbohydrates, our body breaks it down into glucose, and our pancreas releases insulin so that glucose can be distributed, and blood levels of glucose can remain stable.

Insulin resistance happens when we lose the ability to respond to elevated glucose levels, which ultimately can lead to pre-diabetes, and diabetes. Uric acid increases gluconeogenesis which is the production of glucose from other molecules. It also increases adiponectin, which is the hormone involved in blood glucose regulation, and it decreases insulin secretion, all of which lead to insulin resistance.

Here’s another reason why this matters: high uric acid tells our bodies to start making and storing fat. Yep, it’s a downer. What’s so interesting is that animals make an enzyme called uricase that breaks down uric acid, which means they naturally have a built-in solution to staying healthy and lean even amidst higher uric acid levels. But, us humans have lost the ability to make uricase and so we have higher levels compared to other mammals. This was once a protective mechanism thousands of years ago, so humans could store fat to survive. But today we don’t need any more help in storing fat with so many calories available to us at all times of the day, so it’s an outdated protection we just don’t need. Clearly, this is why a buildup of uric acid is one of the biggest yet unspoken of driving forces behind obesity, insulin dysregulation, and chronic inflammation.

There appears to be many mechanisms for this, but one thought is that uric acid causes lipid peroxidation, or the degradation of lipids. Studies indicate that blood levels of uric acid can be a strong predictor of NAFLD. So if this is a concern for you or someone you love, make sure uric acid is included in the next lab draw!

Okay, so at this point, we all want to try to reduce our uric acid levels, right? Well, good news! There are ways we can do this: certain foods high in purines can be limited or even avoided when uric acid levels are high. Remember earlier we talked about how the breakdown of purines leads to uric acid? So if we turn off the purine faucet, we stop the sink from overflowing uric acid or at least until we regain metabolic control. Some of these foods include:

Eating the above foods does not automatically put you at risk for hyperuricemia, but if you have a family history of cardiovascular disease, or your own personal history of metabolic dysfunction, it might be something you want to be mindful of.

Instead of trying to eliminate these foods entirely, just try to swap them out for better options. Here’s an example: instead of alcohol try an elevated House of Waris tea, or choose a low purine fish like salmon instead of sardines (yes, I just gave you permission to pass on the sardines).

Want another great thing you can do to streamline this stuff and make it super easy for your real life? Sign up for the LUV diet which will help keep uric acid levels in balance. These meals are organic, gluten free, grain free, and 70% plant-based. All meals are ready to eat so they require no prep work and can make your life so much easier and 100% healthier! 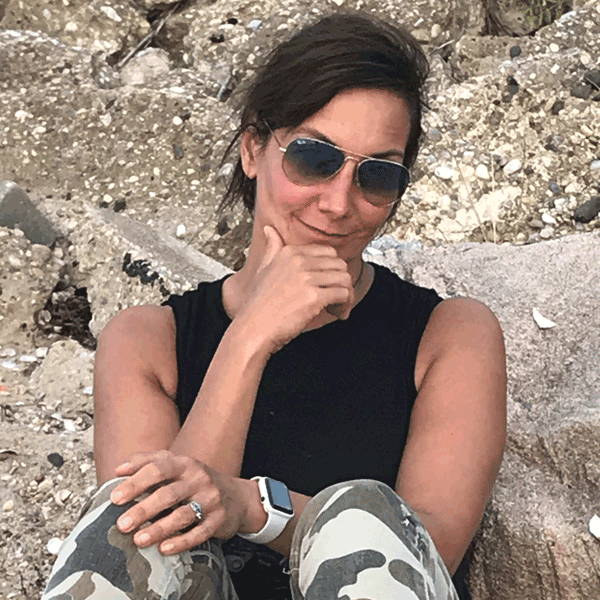 Tricia Williams is a talented Chef recognized as a leader in the fields of Nutrition and Holistic Health. Some years ago, Tricia founded Food Matters, a boutique, nutritionally-sound meal delivery service. Closely collaborating with her clients’ coaches, integrative physicians, and nutritionists, Tricia was able to successfully tailor meal plans that met both their taste preferences and their health goals.

The LUV DietTM is designed to bring your uric acid under control by reducing fructose and purine consumption. more info